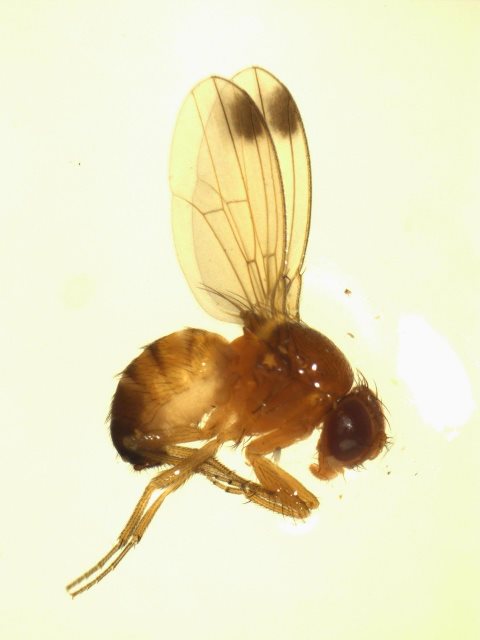 Traps for SWD are installed at approximately 30 sites across Ontario. This week was the first week that traps were collected. Although not all samples have been processed, we have detected the first SWD at two sites, in the early areas of Ontario, in traps collected June 6-7.

In Essex county near Harrow, and in Niagara Region near Fenwick, we have confirmed  a single SWD  female fly  at each  site.  In both cases the traps were placed in wild hosts in woods or hedgerows, not in crops.

These early areas are typically our first sites for SWD, and typically we find a few flies in wild hosts for a week or so before they move into crops.  However, in Niagara and Essex regions, and other very early areas, SWD may begin to build up.  Sweet cherries, and raspberries ripening in greenhouses may be at risk. Strawberries seem less susceptible early on, but should be harvested frequently and thoroughly.

It is interesting to compare our observations to the degree day model for SWD that was developed in Oregon. According to this model , and data published by Environment Canada for Beamsville  and Harrow, the predicted event “first egg laying by the first generation of flies” has occurred in these locations.

A list of insecticides registered for SWD control in fruit crops has been updated for 2016 on the OMAFRA website at  http://www.omafra.gov.on.ca/english/crops/facts/swd-registrations.htm.

and in French….Registration for SWD June 2016 french

The first SWD  have been trapped in wild hosts